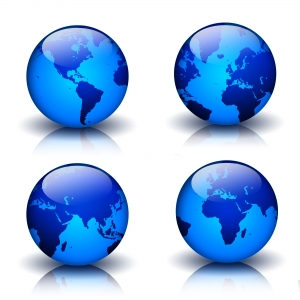 Share this article and your comments with peers on social media The big global banks are now meeting their new basic capital requirements imposed under the new Basel III capital regime and they’re coming ever closer to reaching the higher targets regulators have set, according to the Basel Committee on Banking Supervision’s latest review on the implementation of the capital requirements, released on Tuesday. Basel III aims to increase the quantity and quality of capital held by the world’s major banks in the wake of the financial crisis, which sparked bank failures and taxpayer bailouts. The review indicates that, based on data as of June 30, 2015, all of the large, internationally active banks are meeting the basic common equity Tier 1 capital requirement and the 7% Tier 1 target. This includes global systemically important banks (G-SIBs), which face additional capital surcharges to account for their relative systemic importance. James Langton

In addition, the Basel Committee’s review found that the big, global banks have reduced their aggregate shortfall from the higher Tier 1 and total capital target levels to €3.4 billion from €6.5 billion and their Tier 2 capital shortfall has been reduced to €12.8 billion from €40.6 billion. The review notes that most of the Tier 2 capital shortfall is attributable to the G-SIBs. The smaller banks that were covered in the review are also meeting their basic Tier 1 requirements and have reduced their capital shortfall from the 7% target level to just €200 million from €1.5 billion, the report says. The report also looks at the Basel III liquidity requirements. The liquidity coverage ratio (LCR), which is set at 60% in 2015, increases to 70% in 2016 and will continue to rise until it reaches 100% in 2019. The report found that all banks are meeting the current LCR requirement and that 84% are reporting an LCR that meets the 100% level. The review covers 101 large, internationally active banks (defined as banks that have more than €3 billion in Tier 1 capital) and 129 smaller banks. Facebook LinkedIn Twitter